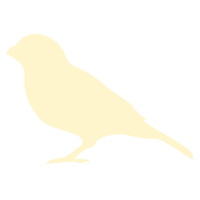 My oldest daughter begged me to enroll her in an art club.

A few weeks in she was telling me about the class and she mentioned these two girls who were best friends (both named Grace) and how they were being a little rude. Dumb stuff, like not sharing crayons and being exclusive.

So I simply coached her on how to handle the situation and nothing more was brought up about it.

A few weeks went by and I picked Natalie up from art club. I noticed she had some sort of project in a plastic bag as she climbed into the back seat.

“I see you brought home one on your art projects, I’m excited to see it”. I said.

Gazing out the window, I see her shrug in the rearview mirror.

“I thought it was cool but the Graces said it was stupid and that I did it wrong”. She said.

I felt my blood pressure rise.

She pulled out a messy little flower pot collaged in layers upon layers of tiny squares of cut paper. It was every color imaginable. Once I saw it I understood what the project was and understood why the Graces mentioned that she didn’t follow the rules on how it was supposed to be done.

“I dumped a bunch of squares of paper on the table, covered my flower pot in glue and then rolled it through the pile of squares.” she said.

I replied “Let me guess, the Graces took their squares and meticulously glued each one on the pot with a little space inbetween am I right”?

“Well, no one will ever notice the Graces flower pots because they are boring and unoriginal. You were given the same materials and the same time frame but you thought out of the box and created something different, wild and beautiful. I hope you never lose that way of thinking”.

I parked the car in the driveway, took that little flower pot and transplanted a little cactus into it and placed it on the windowsill in the kitchen.

Now, it’s a daily reminder to not act like the Graces.

As a father, I live for teachable moments like this. This one in particular resonated with me when it comes to video production.

Access to great equipment is so easy now. There is always a new, better, cheaper camera coming out. Editing software is getting quicker and less complicated to use. Piles of footage can be scrubbed through faster than ever. Pre-assembled soundtracks and visual effects can be added at a click of a button.

So if all these amazing resources and equipment is available to everyone, what’s going to set you apart?

Real Video Production Company prides itself on being able to tell amazing stories for our clients. Because authentic and compelling stories build trust and trust builds loyalty.

A customer is a customer but a LOYAL customer becomes a brand ambassador.